Since its inception, the National Wild Turkey Federation has been the cornerstone for wild turkey conservation. From the first research project funded in the 1970s, to its ongoing multimillion-acre restoration initiatives, conserving the wild turkey and preserving North America’s hunting heritage has always been — and always will be — the backbone of the of the organization.

Warm yet still cool mornings, intoxicating smells present only annually, the awakening of the woods and the critters that inhabit it, gobbles that echo in your soul — there is something special about hunting in the spring. For sportsmen and women of America, hunting wild turkeys is a privilege we have nearly everywhere in our great country. Generations before us have not always been as lucky. Market and unregulated subsistence hunting, coupled with expansive development and deforestation, would ultimately result in alarming population lows. By about 1920, the wild turkey was completely absent from 18 of the states it originally inhabited, with an estimated all-time low of about 200,000 nationally. To put that in perspective, the estimated population in the year 1500 was 10 million wild turkeys in America.

In 1973, as restoration efforts were beginning to take off, the NWTF was founded with the double mission to conserve the wild turkey and preserve North America’s hunting heritage, illustrating the important connection between the sporting community and wildlife conservation.

Prior to the formation of the NWTF, numerous states pursued reestablishing their wild turkey populations through a variety of techniques, which consisted of a lot of head scratching and trips back to the drawing board. In 1951, however, on Sumter National Forest in South Carolina, the first-ever rocket net was used to capture wild turkeys and relocate them to areas without birds. The effectiveness of its application would soon catch on, and dozens of state wildlife agencies were beginning to successfully trap and release wild turkeys to restore historic populations.

The NWTF would create a much-needed center point for wild turkey conservation going on throughout the country, increasing the scope of projects, research and ultimately creating a national federation of sportsmen and women and wildlife professionals that would catapult restoration efforts. 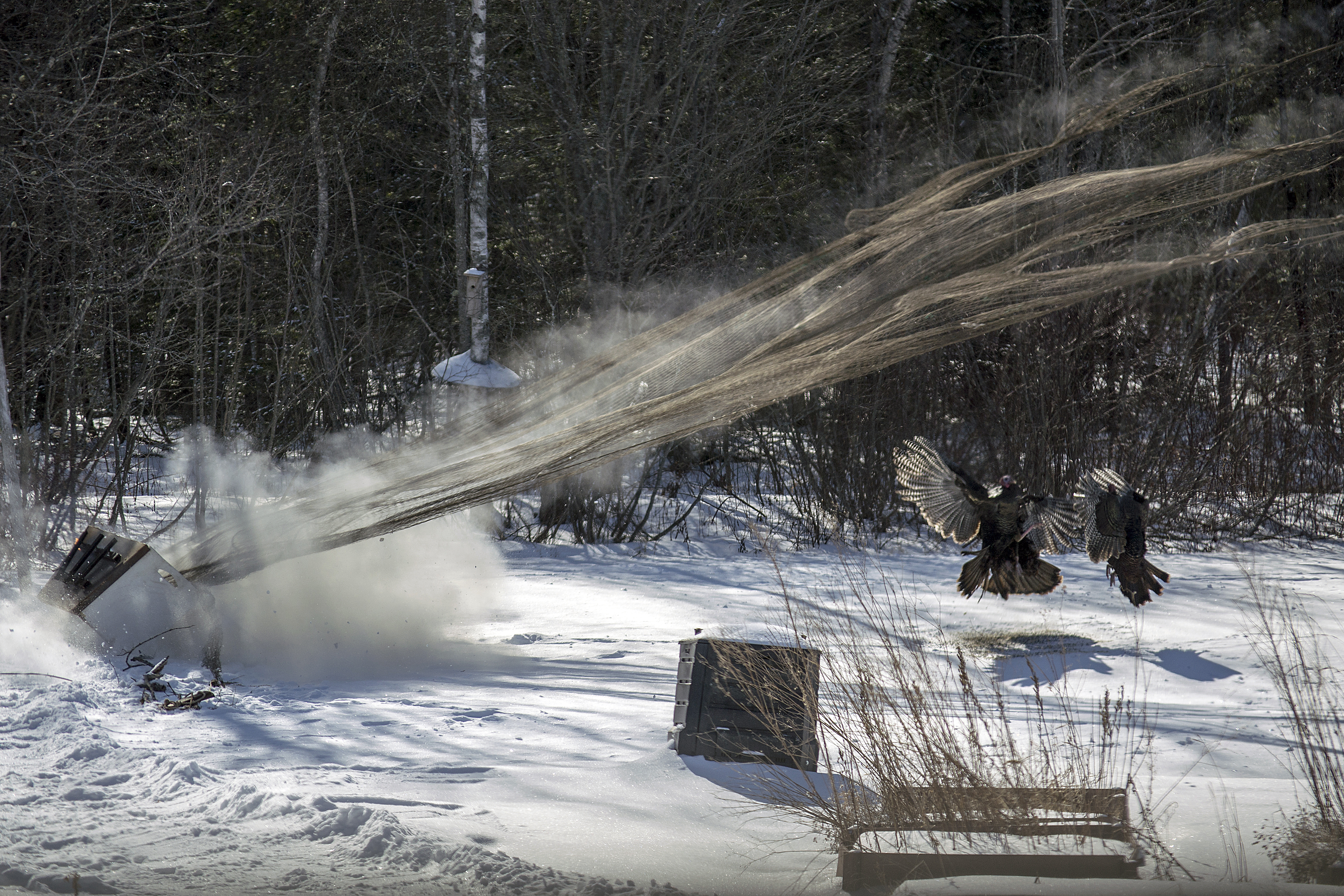 The NWTF’s Wild Turkey Technical Committee, founded two years after the organization itself, would prove to be a significant driving force. The Technical Committee was originally comprised of wildlife biologists from 35 different states that collaborated, shared research and information and aided each other in the interstate trapping and transferring of birds. Today, the NWTF’s Technical Committee is still highly active and has grown to include wildlife professionals from 49 of 50 states.

In 1987, the NWTF launched its “Target 2000,” program, which sought to release wild turkeys into all suitable habitat by the year 2000. Through work with the NWTF’s Technical Committee and agreements with state agencies, the program was a resounding success. By the early 2000s, wild turkey populations hit an all-time high since precolonial times, with some estimates as high as 6.9 million.

Fast forward to our 2022 spring season, and America has huntable wild turkey populations in 49 out of 50 states, and turkey hunting has become a rich tradition in our country. This is the result of the NWTF’s dedicated members, volunteers and wildlife professionals, incredible partnerships from state and federal agencies, collaboration from other non-governmental organizations and corporate support and funding.

Since its humble beginnings, the NWTF’s resume has grown to include over 20 million acres of habitat conserved or enhanced; hundreds of thousands of acres opened to public hunting access; millions of new hunters recruited through NWTF’s outreach events; and thousands of conservation and sportsmen’s laws, policies and regulations influenced.

Even though the NWTF is ramping up to celebrate all this momentous success in 2023 during its 50th anniversary, the work of the conservation organization continues to ensure the stability of the national population.

As it was crucial during the NWTF’s beginnings, wild turkey research is just as important today. In June, the NWTF will co-host the 12th National Wild Turkey Symposium — a gathering of state and federal agencies, academics, NWTF’s Technical Committee and NWTF conservation staff — to share the findings of recent wild turkey research. In addition, the NWTF recently announced its 2022 Research Request for Proposals, which will ultimately facilitate and make large investments in high-priority wild turkey research projects nationwide.

Just as important as the ongoing research, is creating an awareness that regional population declines are happening. The NWTF is working nationwide to recruit new hunters from all age groups and all backgrounds to create dedicated conservationists that will work for this bird like the generations before them. But what’s more, an estimated 2 million people already turkey hunt, and only a small fraction of them are NWTF members.

To increase wild turkey hunters’ impact on conservation efforts, the NWTF recently launched its Help the Yelp Project, which is designed to bring all current turkey hunters into the organization to strengthen our voice as sportsmen and women who live for the gobble. If you care about the resource and the tradition, please Help the Yelp.

As spring season is upon us, we reflect on the idea that the restoration of the wild turkey is one of the greatest conservation success stories in history. It is because of the dedicated sportsmen and women who invested their time, talents and energy that we are able to get outdoors and enjoy this season.

For its unfaltering partnership and its consistent support of the NWTF mission, Benelli USA received the National Wild Turkey Federation’s Corporate Achievement Award. 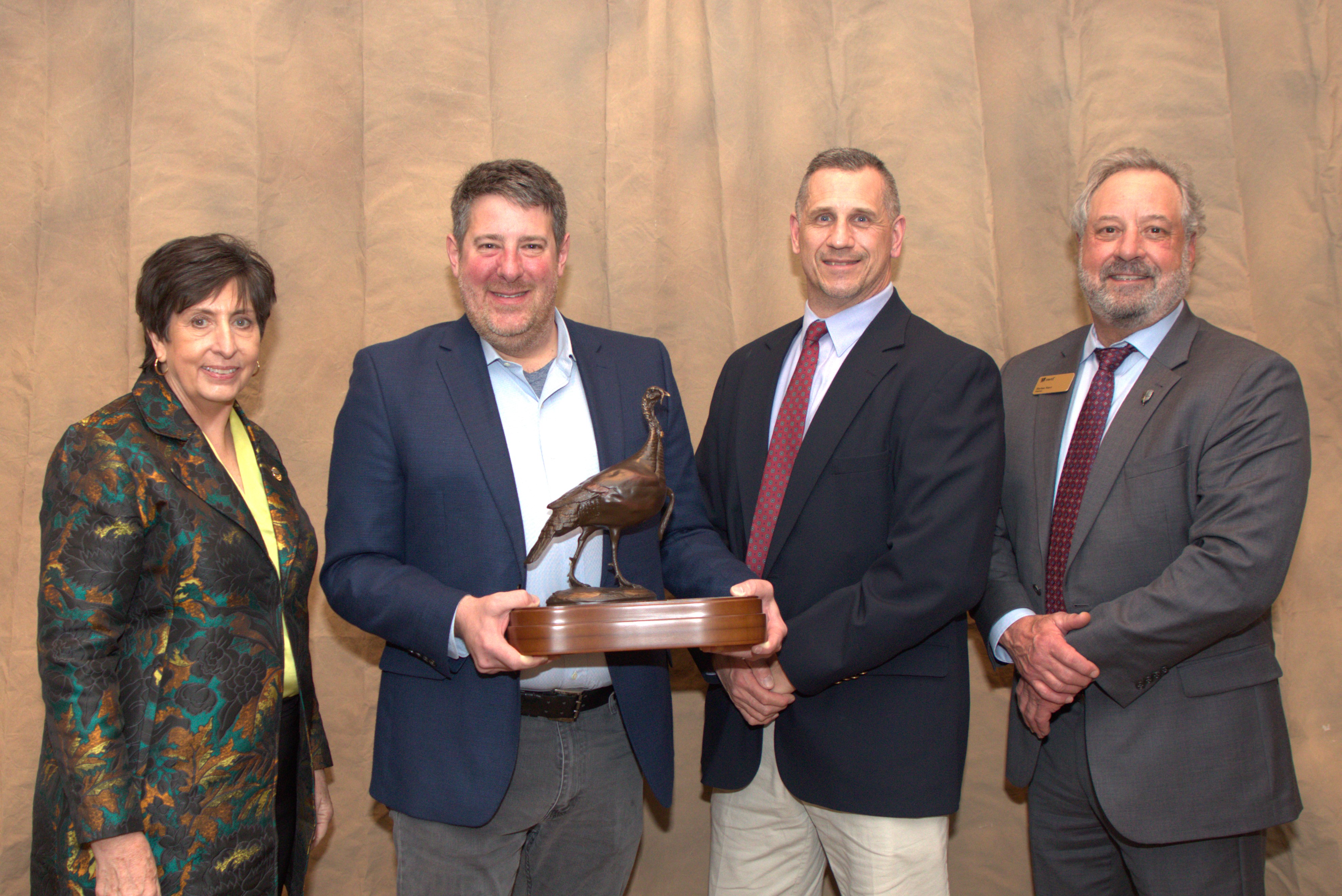 “While the manufacture of premium shotguns is Benelli’s core mission, we understand that our company is but one pillar among many working to ensure our future hunting heritage and outdoor lifestyle,” said Tom DeBolt, Benelli USA general manager. “The National Wild Turkey Federation’s wildlife and habitat conservation efforts and its ongoing initiatives to recruit and educate new hunters through its JAKES program and Turkey Shoot events are fundamental to these goals. We sincerely thank the NWTF for their tireless work and commitment to preserving wild land across the country along with the wildlife it supports. Benelli is honored and humbled to receive the NWTF Corporate Achievement Award. We look with great optimism toward a future of expanded hunter participation, healthy habitats and flourishing wildlife populations.”

Presented annually by the NWTF, the Corporate Achievement Award recognizes the outstanding work and dedication corporate partners have displayed in conserving wildlife and habitat and preserving America’s outdoors lifestyle.

Benelli’s support of the NWTF and its mission through the pandemic remained unchanged, even when many companies suffered budget cuts and unforeseen changes. Benelli has been a consistent supporter of NWTF’s JAKES program, its Turkey Shoot, a banquet firearm provider and numerous other gifts that help bolster the NWTF’s mission.

“We are incredibly thankful for our partnership with Benelli and proud to present them with our Corporate Achievement Award,” NWTF CEO Becky Humphries said. “When your partners believe in your mission, it makes our impact that much greater, and that is exactly the case with Benelli.” 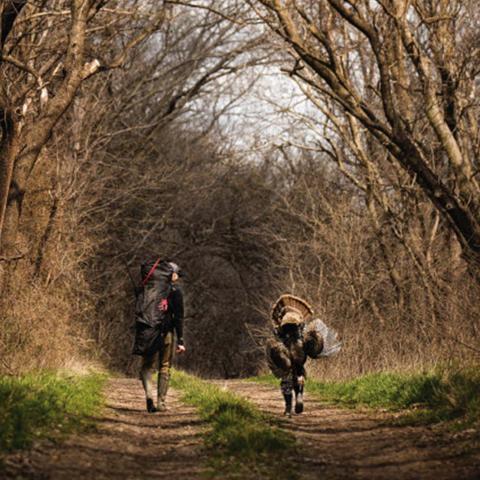 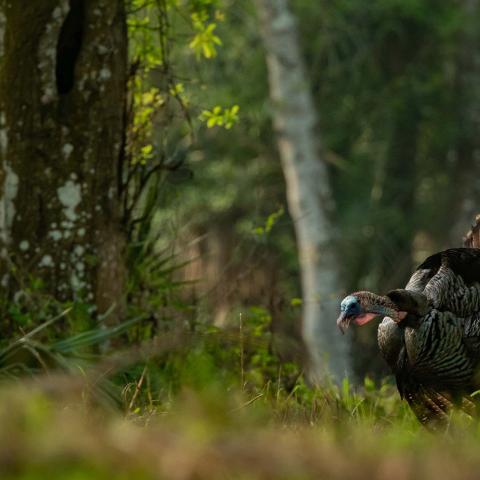 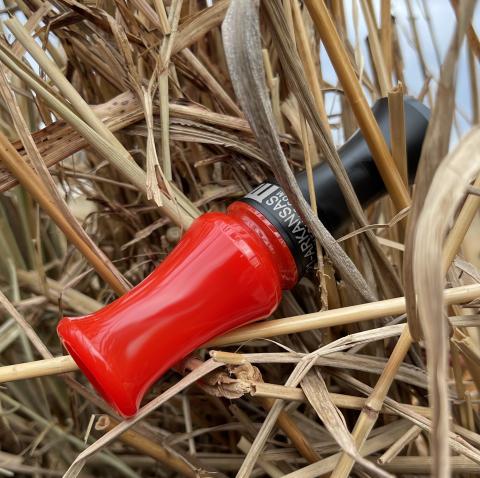 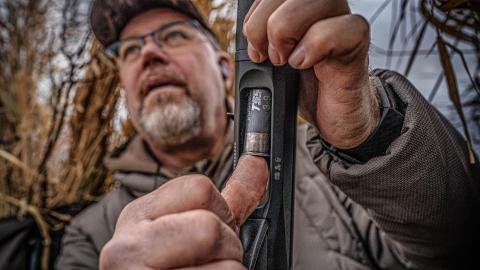