Benelli 3-Gun Team member Aaron Hayes is the owner of Hayes Custom Guns in Liberty Hill, Texas, north of Austin. He’s an avid outdoorsman and has been shooting competitively for three years. While those are his passions, he also enjoys helping new shooters enjoy shooting sports.  When he's away from the range, Aaron enjoys snowboarding and wake-surfing with his friends and family. 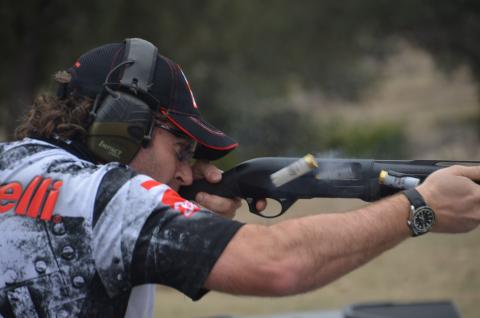 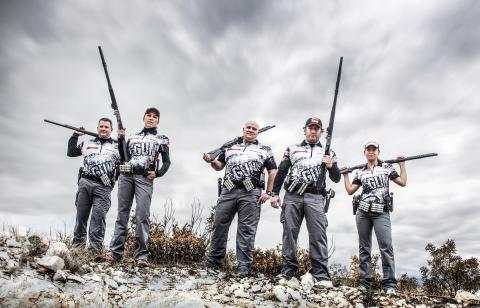 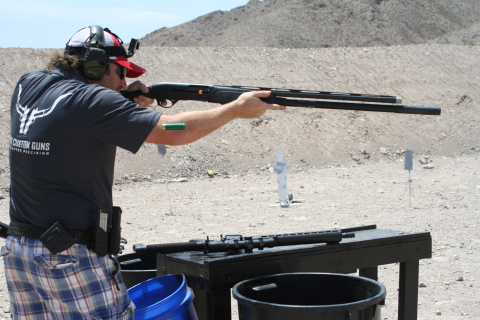 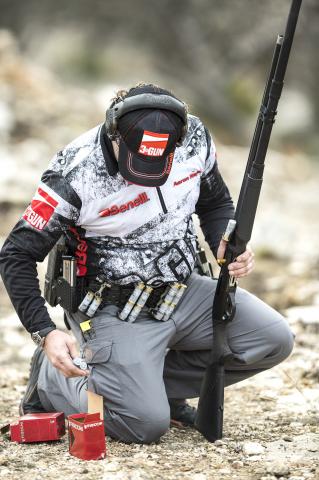 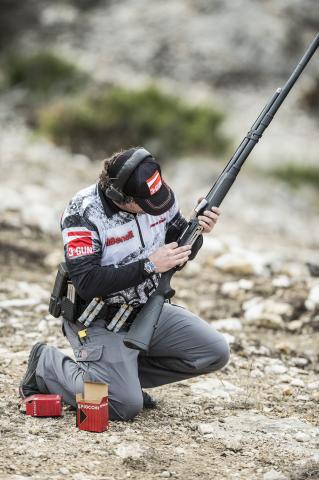 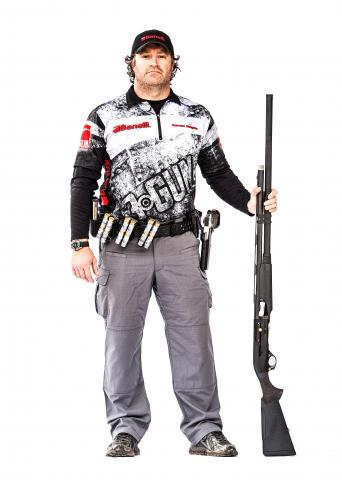 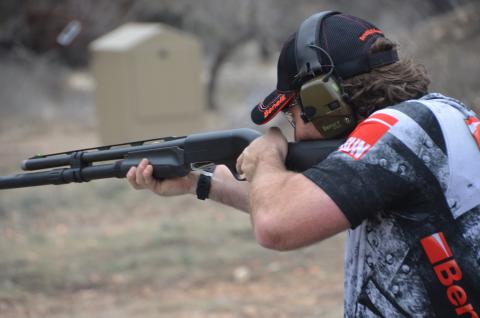 Aaron: I have been a member of Team Benelli since 2015. Benelli is one of the most prestegious and well know brands in the world, and it's truly an honor to be able to represent Benelli on the national and world stage.

Benelli: How long have you been hunting or shooting and what got you into this sport?

Aaron: My late grandfather was a Camp Perry Bullseye champion and 1911 pistolsmith, and he gave me a custom length .22LR rifle when I was 8 years old. I have been shooting ever since, and began competing seriously in 2011, focusing primarily on the discipline of 3-gun.

Aaron: If I can only have one, the M2 Field would be my choice. The M2 is the weapon of choice for 3-gun, and is the most versatile shotgun in the Benelli lineup.

Benelli: What is your career highlight or achievement?

Aaron: Definitely competing as a member of Team USA at the IPSC 2018 Shotgun World Shoot in France. It was truly an honor to represent the United States on the world stage, and we won the Silver Medal in Men's Standard division. The atmosphere of international competition is unmatched, and I really hope to have the opprotunity to compete on the international stage more in the future.

Aaron: My father rode dirt bikes growing up, but quit when he had children. He has recently reignited his love of dirt bikes, and we have taken some epic riding trips together. My wife has recently learned to ride, so we now combine shooting and dirt bike trips quite often, and I'm very blessed to be able to do things like this with the people I love.

Aaron: My grandfather Jim Clark Sr and my uncle Jim Clark Jr were the inspiration for my desire to shoot competitively. My entire childhood was filled with stories of their exploits, and it sounded so fun that I was determined to give it a go.

Time travel: into the past or into the future? Future for sure

Cannonball into a pool or dip toe in first? Cannonball

Sleep in or Nap? Both? If I can only have one, nap.

Ketchup or Ranch? Ketchup, but only if you force me. I'm not much of a sauce guy.

Funny story or one-liner? One liner

Benelli: What are the three least-likely words that someone would use to describe you?

Benelli: How is your radio tuned? Country, Rock, Rap, Oldies? Any guilty pleasures?

Benelli: What is your favorite Holiday and why?

Aaron: Thanksgiving, because of the food!

Benelli: What is your favorite movie of all time and why?

Aaron: Rounders. I enjoy watching and playing poker, and the mental aspect of the game is really showcased in that film. I watch this movie regularly.