Duck Commander was built on passion, pride and faith. It's uncommon to have an occupation that allows you to do what you truly love. The Duckmen do just that. We've come a long way since Phil jumped in his truck in the 70's and sold his duck calls "one at a time." Now Duck Commander is a brand that speaks to more than just the waterfowler. It represents a way of life; one of faith, family and the opportunity to live off the land.

We have a line of duck calls that go back to 1972 when Phil patented the first double reed system. We have both low-end and high-end calls as well as calls for several different species of ducks.

Aside from duck calls, we have a DVD series that we started back in the 80's that contain some of the best hunting scenes from each season. 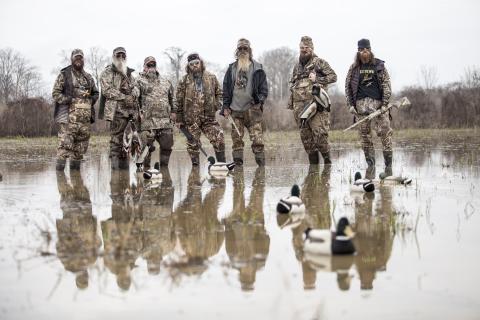 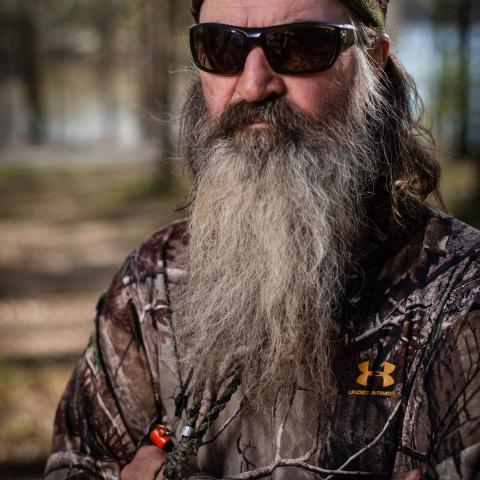 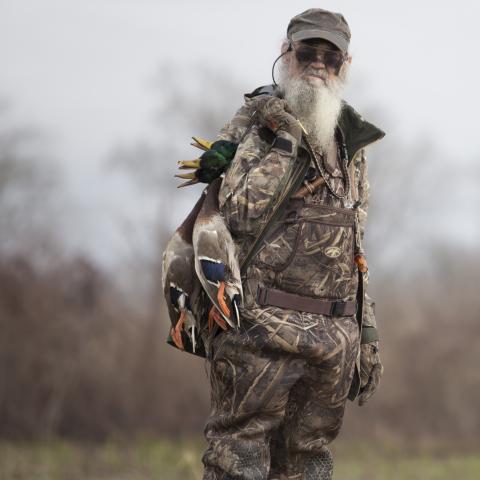 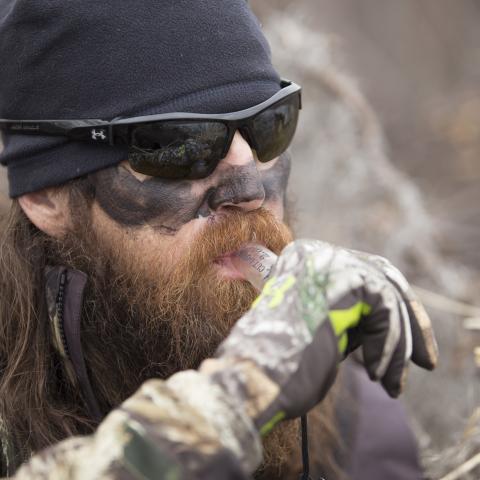 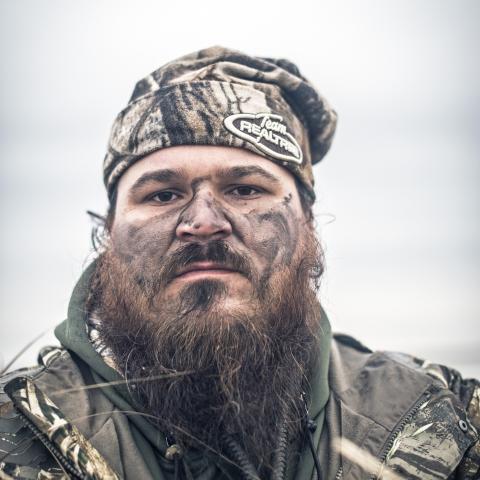 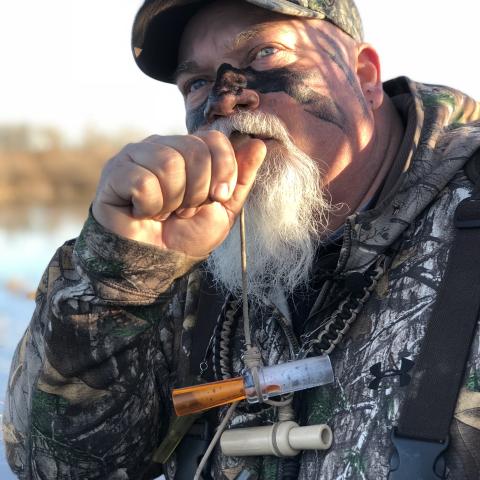 Martin: I have been a Benelli partner for 12 years officially but I bought my first one in 2002.  It was a Cordoba and I still have and use that gun to this day.

Benelli: How long have you been hunting or shooting and what got you into this sport?

Martin: I have been hunting as long as I can remember.  My grandparents introduced me at a very young age.  I grew up a deer hunter and didn’t go on my first duck hunt until 1996.  From that point on, I was hooked.

Martin: I would say either the M2 or SBE3 20 gauge.  I have become a believer in a smaller bore the last 8-10 years.  I shoot better for sure and it adds a level of fun that the 12 ga just doesn’t have.  Don’t sleep on the new 28 ga either!

Benelli: What is your career highlight or achievement?

Martin: This one is tough but I would say becoming the General Manager at Duck Commander is up there.  To have a family entrust you with the business and brand they poured so much into is quite an honor.  It lets you know you have done things the right way throughout your career

Martin:  I absolutely love to fish.  It was my first love of the outdoors for sure.

Martin: I would have to say my grandparents.  We had a special bond because I was the youngest grandchild and I loved hunting and fishing more than the rest.

Benelli: What advice would you give youth who want to be professional hunters or shooters?

Martin: I would say put in the time to become a master at your craft.  There are no shortcuts and the world doesn’t owe you anything.  Put in the work and make sure that this is a job you want.  When your hobby becomes your job, it changes.  I know it sounds weird but when you HAVE to wake up and hunt in a monsoon or blizzard that hits different than going for fun.  Also, when you have to go to work following that, you find out just what youre made of

Benelli: Tell us about a moment that you feel was a positive turning point in getting into the hunting/shooting industry?

Martin: Mine would be when I met Willie Robertson for the first time.  I was working at a local sporting goods store when he took over the companies from Phil.  We hit it off and the rest is history.

Benelli: If you could hunt or shoot with one person, who would it be and why?

Martin: I know it sounds crazy but I would love to spend one more day in the field with my Mamaw, Papaw and/or dad.  You never know how much you have there until it is gone.  I miss em everyday but I am comforted knowing they are watching over me.

Martin: My goal is not to be known as the best duck hunter or even hunter in general.  I want to be known as a great husband, great father, and great man.  If  I can do those things, I will have lead a life worth living.

Benelli: If you had to switch professions from hunting or shooting, what would it be and why?

Martin: I would probably use my biology degree to work in land management/conservation.  It is not just the hunt that captivates me, it is the whole landscape.

Benelli: Coldest / most miserable place you’ve ever been while hunting? Was it “successful” though?

Martin: No doubt it would be central KS on the Neosho river.  We cut ice with chainsaws and it was jus flat cold.  We had a great hunt though!

Benelli: What was your first firearm and how did you get it? Do you still have it?

Martin: My very first one that was mine was a Remington 270 bolt action rifle.  I used other guns but they were my dads and brothers and this one was MINE

Benelli: What is your favorite wild-game dish?

Martin: I love mourning dove any which way you can cook it.  Grilled, smothered in gravy or chicken fried, I am in! 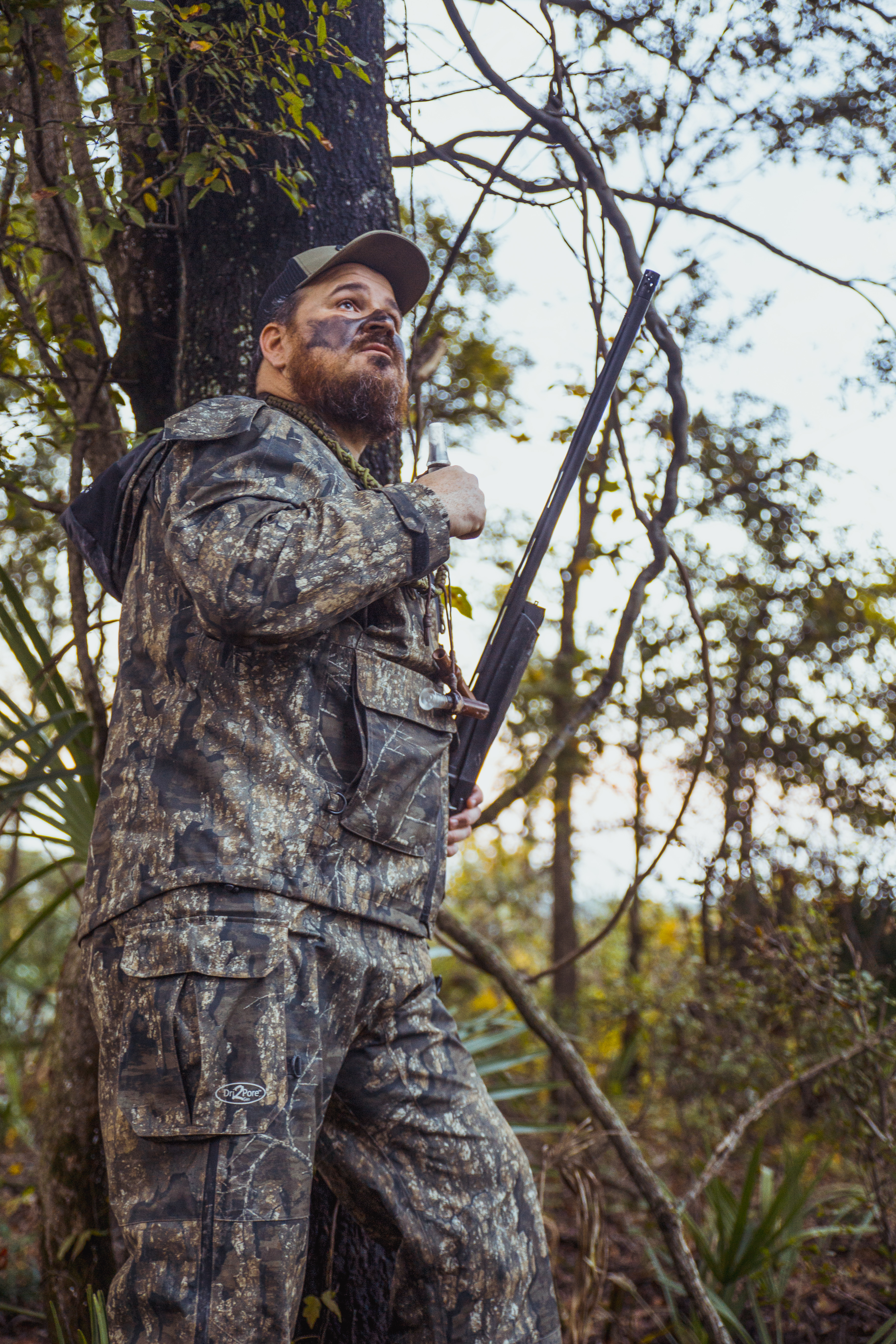