Chad is a lifelong sportsman and outdoors enthusiast whose love of the outdoors was instilled at a very young age by his father, Orville Belding. Orville taught Chad and his brothers, Clint and Clay, how to camp, hunt, fish, trap crawdads and even cut down their own Christmas trees. These activities fostered a deep appreciation for the outdoor lifestyle.
Chad took up predator and waterfowl hunting as he grew older. He became involved in competitive duck and goose calling while attending the University of Nevada in Reno in the late 1990s. There he was also a member of the Division I baseball team and studied business, public speaking, and history. Following graduation from college, Chad co-owned and operated several businesses across Nevada, Colorado, and Washington.
In 2008 Chad founded Banded, a video production and merchandising company specializing in waterfowling gear and turkey hunting products. That same year he originated “The Fowl Life” TV series, the first episode of which aired in 2009. The series was a hit and is now in its twelfth season on The Outdoor Channel.
Chad also has two podcasts. “This Life Ain’t for Everybody” covers a wide assortment of themes and topics related to the outdoors and has been available since 2018. Chad’s “The Fowl Life” podcast debuted in 2019.
Also in 2019, Chad was involved in the founding of Jargon Duck Calls – known for its precise, CNC-turned, hand-tuned duck calls. He is also closely involved with The Provider, a new brand offering workshops on dog training, hunting, shooting and preparing game. And Chad continues to collaborate with Chad Ward from Whiskey Bent BBQ and Chad Mendes of UFC renown on a series of cookbooks.
Chad still works closely with his brothers. Clay is a producer, editor and media personality. Clint is a physical therapist who also works alongside Chad and Clay on their hunting brands. Chad’s daughter, Alyssa, carries on the family heritage with her love of the outdoors and growing skill at duck calling. When he’s not hard at work or spending time with his family, Chad enjoys music, baseball and boating. He’s also works with several charities including Ronald McDonald House, Freedom Hunters, St. Jude’s Children’s Hospital, Special Ops Excursions, and several others. 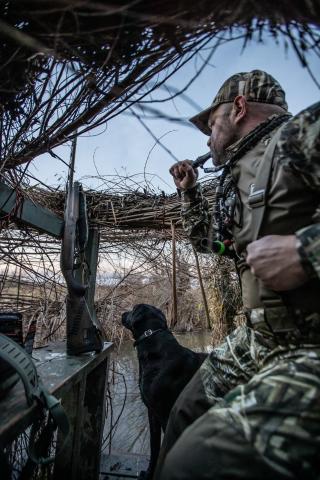 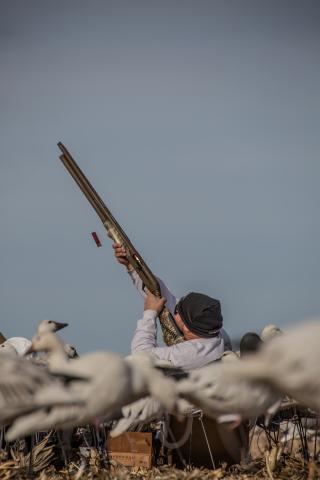 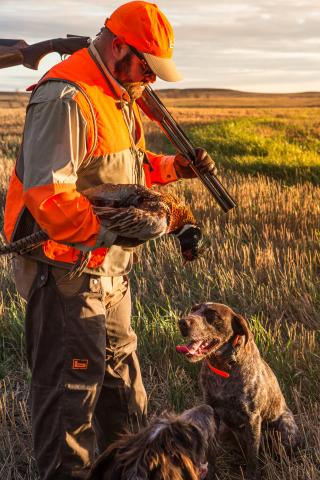 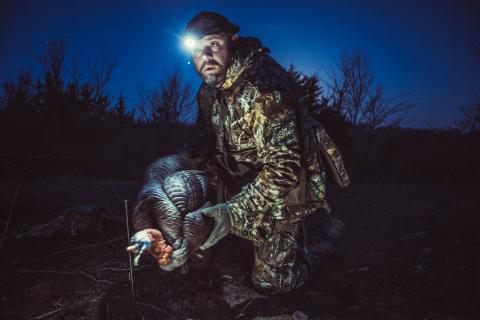