Ryan was born and raised in the pineywoods region of North East Texas.  Much of his youth was spent in the outdoors with his father Bill and other family members. His first introduction to hunting was in pursuit of the plentiful whitetail deer throughout the area. But when he was 13 years old a cousin introduced him to waterfowl hunting. Although he was reluctant that first trip, his mind quickly shifted from deer to ducks. For the rest of his teenage years he dedicated himself to learning how to fool fowl. A self-taught waterfowl hunter, he was able to watch his passion grow and take him to places he never knew possible.

Immediately after graduating high school he lived in South America where he dedicated two years of his life as a missionary. During that time he learned that he had other passions outside of just hunting. Experiencing new cultures and adventures, and helping and exceeding the expectations of others became a new fuel for his hunting passion. When he returned to the United States he married his high school sweetheart, Marissa, and enrolled in college at Texas A&M University. While there he guided waterfowl hunters on the Katy Prairie and fulfilled another passion of endurance sports while on the Texas A&M Triathlon Team. Ultimately, the passion for hunting and being in the outdoors prevailed over almost everything else. Upon graduating college, he returned to the Dallas area with his family where he worked in sales and part time started his career as a hunt consultant for hunting adventures around the world. His thoughts were, "I love to travel. I love to hunt. Why not do so year around?"

While dedicating himself to being an expert of waterfowl hunting world wide and being fluent in multiple languages, he found himself hosting hunters on hunts all over the world. Over the past 10 years he has simultaneously managed marketing teams and efforts for influential brands such as Sitka Gear and Drake Waterfowl and aided in the growth of the family hunt consultant business, Trophy Expeditions. His hunting adventures have taken him to 6 continents and 17 different countries allowing him to successfully take 75 different species of waterfowl, 42 big game species, and most recently accomplish his World Turkey Slam.

Despite these accomplishments he says he still has a long way to go in achieving his goals. In addition to globe trotting the wide world of hunting he now holds board positions with several companies in the outdoor space and works as a strategic brand marketing consultant for others. He resides in Montana full time with his wife Marissa and their two daughters, Zoe and Cora. As a family they pursue all outdoor adventures and abide by the phrase, "We Live This Stuff!" 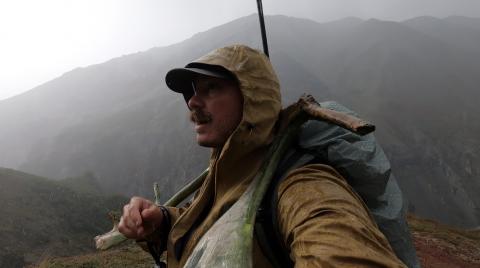 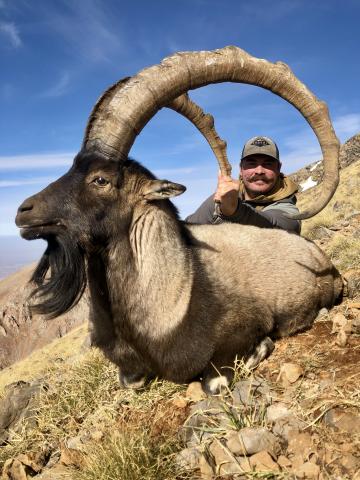 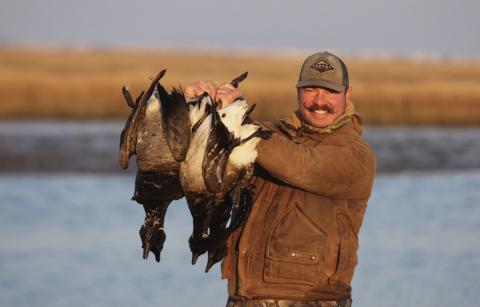