Katie is a 16-year-old high school senior from Missouri and is graduating high school a year early with a 4.0 GPA. Katie has been accepted in to the University of Missouri-Columbia where she plans to obtain a degree in biochemistry with ambitions of medical school for anesthesiology.
Katie started shooting when she was five years old. Her dad was teaching her gun safety and she took an interest in it. Katie began shooting pistols competitively when she was nine and moved into the sport of 3-Gun at the age of twelve.
Katie has placed in the top three in the Junior and Ladies categories several times in her short shooting career. In 2015, she was asked to represent the United States at the World Shotgun Championship in Agna, Italy, where she and three Junior boys were a part of the Junior team for the United States. Katie has been featured in several national television shows and also in print media. She has a Facebook following of more than 194,000 fans. 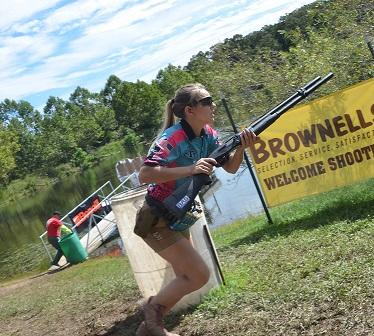