Garrett Dietrich is an up-and-coming Junior 3-Gun shooter. He is 15 years old, in the 9th grade, and is from North Carolina. His passion for 3-Gun began when pro shooter, G. Howell, gave him a brand new shotgun at a match when he was 12 years old.  A little shorter then, and barely strong enough to shoot and load the shotgun, Garrett was allowed to shoot one of the stages at that same match and has not looked back.
Garrett has since steadily risen through the ranks of seasoned competitors. In 2015, Garrett was the High Junior (ranked 7th overall) at the inaugural Hiperfire® Rifle Match. In 2016, he earned the High Junior (ranked 17th overall) at the North Carolina State 3-Gun Championship. As he continues to compete in this action shooting sport he strives to be a positive role model for other Junior shooters while promoting the 2nd Amendment.
In his free time, Garrett enjoys reading and studying about military history and firearms. Garrett has also been competing in and teaching Taekwondo for the last seven years. He is a third-degree level-4 black belt. As a dual athlete, Garrett is one to watch for in future 3-Gun matches. 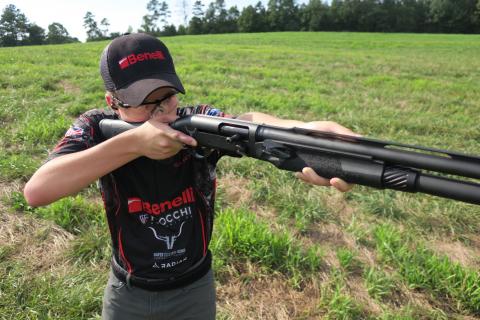 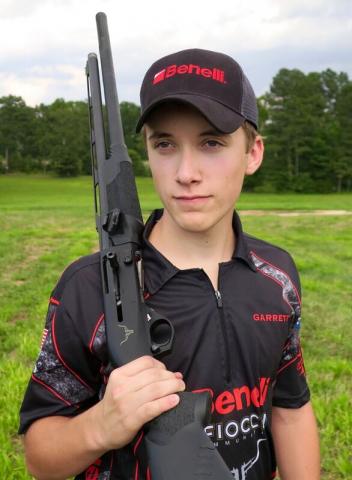 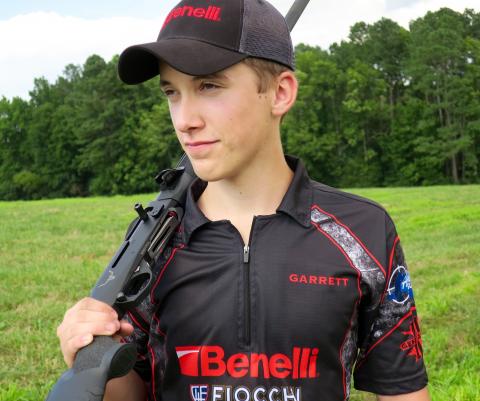 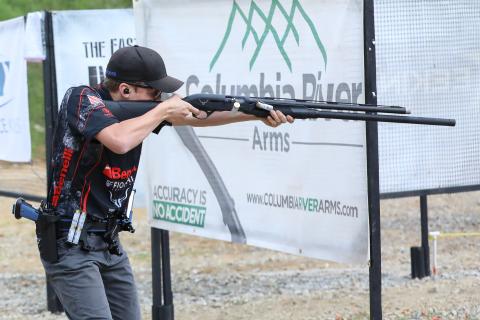